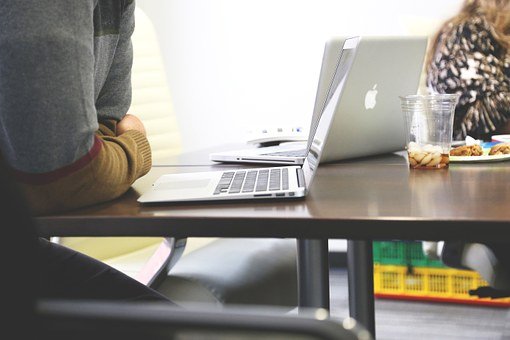 Are you looking to get a job in blockchain technology? Wondering what cities host the best blockchain career prospects? We’ve looked into the top job listings from 2018 to identify which territories, both here and abroad, offer the most ideal and lucrative positions in blockchain, cryptocurrencies, and financial technology.

Did you know there’s an upward trend in blockchain jobs in 2017? The uptick in openings resulted in blockchain positions ranking second in the top 20 fastest growing jobs. Blockchain career prospects like cryptocurrency developers and smart contract engineers play second fiddle only to robotics specialists.

But high-tech districts like New York City, Boston, and the popular Silicon Valley offer higher salary rates for blockchain developers. Working on blockchain applications in these regions can get one a median annual salary of around $158,000. That’s $18,000 more compared to general software developers in the area.

Should You Get a Job in Blockchain Technology?

People outside the blockchain and fintech industry would think the technology is new. And it’s too complicated to comprehend as well. But it’s actually not.

In fact, the technology has been around for about ten years now. And surprisingly, the concept of blockchain is fairly easily to understand. It’s a series of transparent ledgers that record transactions. Just a fraction of the whole technology component that makes our day-to-day lives easier.

When it comes to blockchain jobs, developers and engineers usually come to mind. But what most people don’t realize the technology requires more than just having people with technical skills.

Blockchain Career: To Pursue or Not to Pursue?

If you have or willing to develop the required skills, pursue! Blockchain jobs are highly lucrative. And there are a lot of industries looking to hire these technology specialists. You name it: finance, government, retail, and healthcare. The employment landscape that blockchain provides looks promising.

At present, there are a number of highly in-demand blockchain jobs. And this demand will continue to surge as popularity of blockchain, cryptocurrency, and fintech continues to rise.

Cities with the Best Career Opportunities

Did you receive a good job offer? Or did you see a promising opportunity that you like? Supposing the position isn’t in your city. Will that make you consider a move?

Countless job seekers wrestle that thought. Looking to launch their career, many job candidates want to know if a particular career path would help them ascend the professional ladder.

But then again, there are many factors to consider before making that move. Will the career outlook be bright? Would the actual employment be better than the projected outlook? Will the salary levels be higher?

Typically it’s difficult to compare career opportunities from one city to another. So we’ll leave that up to you. Here are the cities we deem that offer the best career opportunities and conditions that are conducive to professional advancement and personal well-being.

If you prefer to work and live in a densely inhabited city, you might want to consider a move to New York, Miami, or San Francisco. These three cities have the most diverse population.

The populations of Seattle, Boston, and New York City have the most residents who are 25 and older with a bachelor’s degree or higher. But in terms of least expensive groceries, Boston ranks the first among the three.

Did you know Denver has about 252 sunny days throughout the year? On the other hand, Salt Lake City has the lowest average home rental price of the top career cities.

If you want a greener space, you’ll love Washington, D.C. Public parks cover close to 22 percent of its land area.

New York is the financial district of the world. So it wouldn’t come as a surprise that it also ranks first in terms of blockchain career opportunities. There are about 1,300 blockchain-related job openings in the city.

At second place is San Francisco with over 600 job openings focused on blockchain. Wrapping up the top five are cities Palo Alto, Chicago, and Boston, which have about 100 to 200 job openings each.

Many of these blockchain job openings come from large firms like IBM, Deloitte, and Accenture. The positions involve developing public blockchains and digital currencies as well as building private blockchains accessible only to a few people.

Core development is an interesting category of blockchain jobs. It involves developing platforms for digital currency. Bitcoin is currently the top cryptocurrency and largest public blockchain in the world. For people looking for related career opportunities, they may also want to look into Ethereum. It follows Bitcoin in terms of market value.

Blockchain Career Hubs Outside the U.S.

Digital currency and blockchain hit the mainstream and penetrated outside the technology hubs of the U.S. New blockchain centers cropped up beyond tech Mecca Silicon Valley. Emerging global hotspots for blockchain work include London, Singapore, Switzerland, and South Korea.

Did you know you can find higher blockchain salary rates in Switzerland? The forward-thinking nation also seeks to reduce barriers that impede a transition into the fintech market.

In recent years, London emerged as the closest rival to Silicon Valley’s dominance as a startup incubator. So it’s no surprise that most promising tech startups find their home in the city. It’s also a host to a number of yearly blockchain meetups and conferences.

Securing its status as a blockchain hotspot years ago, Vienna is home to the first Bitcoin store in the world. It also hosted a number of major blockchain conferences and ICO summits. No doubt the city will attract more tech startups and professionals in the years to come.