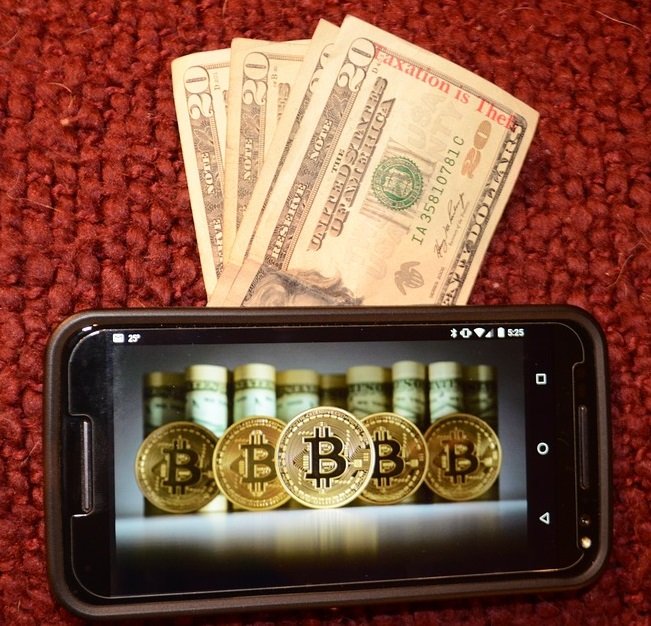 There was a time when only a few people know how to operate a computer. Then came complex programming languages, which only a handful understand. There are also convoluted internet protocols so knotty that only a few learned ones can comprehend. And then there’s blockchain and cryptocurrency.

If you have been following news related to technology and finance, you’ve probably encountered the term Bitcoin. It is one of the many cryptocurrencies circulating in the digital world today. The legal liability of blockchain and decentralized technology could be astounding if not understood properly.

Without exaggeration, digital currency and blockchain technology are not very different from the scenario we had when computers and the internet dawned. It started with only a few people who can understand the technological innovations. And just like time, the internet and computers became part of day-to-day life. It won’t be long when digital currency and blockchain will be just like that—they will become an integral part of our lives.

There is a growing demand for professionals in the field of cryptocurrency and blockchain technology. With India as the emerging talent pool, professionals, enthusiasts, and even IT students are signing up for technical courses.

The increasing demand is on a global scale. As shown in LinkedIn’s report, there is a 30-percent year-on-year increase in demand for professionals in cryptocurrency and blockchain technology. This growing demand is mostly coming financial technology startups and IT companies.

With India in the lead, Australia also hosts a pool of cryptocurrency and blockchain talent. Japan, China, and Singapore follow. These five countries are home to about 80 percent of the blockchain engineer population in the Asia-Pacific region.

Universities in the U.S. and Europe have redefined their curricula by offering courses related to blockchain technology.

From time to time, online courses and certifications pop up. These educational programmes aim to introduce new concepts or mechanisms. At the same time, it helps segregate the true professionals from mere enthusiasts.

Did you know cryptocurrency and blockchain engineers are the second fastest-growing jobs today? It plays second fiddle only to robotics specialists.

According to Upwork, an online job portal for freelance workers, blockchain technologists can earn as high as $150 per hour. The average annual income for these professionals is about $130,000.

But for blockchain developers working in high-tech regions in the U.S. (New York, Boston, and Silicon Valley), they can earn as much as $158,000 per year. Meanwhile, a general software developer in these sectors earns about $140,000 annually.

But what does it take to become a cryptocurrency and blockchain developer?

Someone who is already on the leading-edge software development may not feel like blockchain technology is new to them.

The preferred candidates for cryptocurrency and blockchain jobs are developers with backgrounds in Java Script and Python language coding. A good plus is having skills in machine learning and cryptography.

Did you know there are only about 20,000 people with this kind of talent? With the huge demand in professionals in these fields, companies are willing to shell out big sums. But having a Ph.D in blockchain can make a fortune.

To get the talent, businesses will have to pay.

The demand for cryptocurrency and blockchain experts is a growing worldwide phenomenon. Giant industries like Toyota, Intel, Barclays, and Fujitsu show great interest in integrating the technology in their business models.

Having the right programming knowledge could land one a job in cryptocurrency and blockchain technology. But understanding the language and business demands can make the IT professional a VIP.

Companies will pick the talent who has blockchain experience and speaks their business language.

Take a look at the Bank of America. The multinational banking corporation is looking for blockchain talent that has a solid knowledge on machine learning and cloud infrastructure. But having a strong background in finance will bump the candidate up on the priority list.

In addition to blockchain knowledge, Bank of America prefers candidates with some experience in payments processing, wholesale credit, and equities.

By the end of 2017 and onward to the beginning of 2018, blockchain engineering’s and investment popularity continues to gain steam. And it’s not just in one industry. The businesses are diverse; from finance to the auto industry. However, that being said, it is now more important than ever to be vigilant and extra careful in not falling for investment scams, Hogan Injury explains this risk well and they can be a great resource to help with cryptocurrency litigation.

Rough estimates by various outlets indicate cryptocurrency and blockchain developers earn up to $130,000 a year. Meanwhile, a typical software developer receives as much as $105,000 per annum.

In comparison, here are the average earnings of other IT professionals.

According to Matt Siegelman, CEO of Burning Glass Technologies, senior software engineers earn about $115,000 per year.

At second place are developers. These IT professionals have an average salary of about $91,000 per year.

Engineers take third place, earning an average of about $89,000 per year.

Lastly, application developers receive an average annual salary of about $85,000.

Did you know cryptocurrency and blockchain developers in Switzerland earn more than their U.S. counterparts? Swiss talents get between $120,000 and $180,000 per year. The bigger salary rate owes it to the active development of initial coin offerings (ICOs) and digital currencies.

On the freelance side, engineers and consultants in blockchain development usually get anywhere between $50 and $100 per hour.

Have you wondered why blockchain developers in Switzerland get more than the rest of the world’s talent? It seems the money is where the demand is high. According to Thomas Bertani, CEO of the blockchain-to-human interface Eidoo, Swiss blockchain developers can command such a higher salary rate for the following reasons:

Switzerland’s Federal Council recognizes the rapid progress of digitalization in the finance sector; particularly in the blockchain sector. With this in mind, the government looks forward to a massive shift in business models.

At present, Switzerland is one of the hotspots for digital currency trading. Many companies are also keen on performing ICOs in the country; an activity which is outlawed in China. The Swiss Nation also looks to reduce the barriers that impede many companies in entering the fintech market. This move will enhance the competitiveness of the country’s finance industry.

At the moment, IBM is top employer in the blockchain segment. It has close to 50 openings, which are primarily based in the U.S. In addition, IBM posted about 220 job ads on LinkedIn for blockchain positions around the world.

Next to IBM is Accenture. The second top hirer of blockchain jobs advertised about 180 positions on LinkedIn. At third place is Scalian. The French tech company posted about 140 blockchain-related jobs.

Coins.ph and Hydrogen are two of the top tech startups that hire blockchain talent. Based in the Philippines, Coins.ph focuses on mobile blockchain-enabled applications for financial services. On the other hand, New York-based financial technology service provider Hydrogen is more on financial service apps.

Are you looking to get a blockchain job? Here are companies looking for talent.

IBM and Microsoft are among the top companies looking to have more blockchain developers in their fold. Intel and Fujitsu are also into the transparent and immutable hyperledger endeavor.

Banks and financial institutions have been active in the blockchain space. Did you know Visa, MasterCard, and Thomson Reuters are on the lookout for these specialists? Also in the search are ABN Amro and UBS.

Professional services firms like PwC and Deloitte also dip their hands into the blockchain jar. These institutions believe the hugely transformative technology can help them deliver the best for their clients.

There are also government agencies that are in talks with blockchain services provider to create apps relating to student loan payments. And to complete the list are blockchain startups and consortiums.