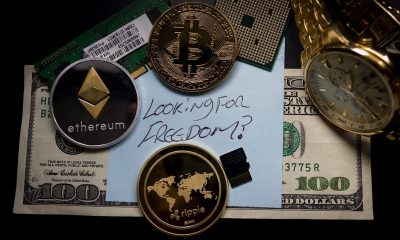 Everything is happening so fast in the world of blockchain. The technology has evolved considerably in a relatively short period. As experts would put it, we are in the fourth digital revolution. Here are the 13 key trends in blockchain in 2020.

There is no doubt cryptocurrency and blockchain technology are pushing new boundaries in the IT industry. It has become smarter and more complex in such a short time. Many experts say 2017 was its breakout year. But that is not to say 2020 won’t be as revolutionary.

We would like to share our predictions and insights on where digital currency and blockchain technology is heading. Here’s what to expect in 2018.

We saw a lot of developments in 2017, 2018, and 2019. Noteworthy to mention was the entry of big tech players into the realm of blockchain. Microsoft, IBM, and Oracle are just a couple of these names.

And it’s not just the tech players that are making the moves. Even the Fortune 500 companies joined in. These institutions paired with blockchain service providers to explore the technology’s uses in their respective industries.

Did you know government agencies are also exploring the versatility and potential benefits of blockchain technology? Tech entrepreneurs also took a leap of faith as they explored blockchain applications for smartphones.

2020 Trends and Predictions in Blockchain, Cryptos, and Financial Technology

Since 2014, experts saw the many applications of blockchain in non-financial industries. And with the introduction of smart contracts, blockchain technology offered new solutions in multiple industries.

We predict blockchain technology will see more applications and uses in diverse fields this 2018. We believe it will not just in the financial world. As we observed in the previous years, multiple industries relied on the technology in their day-to-day operation. These businesses include real estate, healthcare, data management, digital art, and governance.

We also believe cryptocurrency trading will go bigger. Case in point: Bitcoin. In 2017, Bitcoin was the receipt of extensive media attention. Which is why many people became interested in the cryptocurrency market.

Now there are more cryptocurrencies joining the market. We can expect more portfolio and investment offers. Perhaps we might also see a few Bitcoin holders shifting to other digital currencies.

There will also be more decentralized exchanges in 2018. This is largely due to the improvements made on smart contracts, making them more user-friendly.

Without a doubt, 2017 and 2019 were the years of the initial coin offerings (ICOs). In effect, the entire ecosystem of digital currencies broadened. It reached further depths and lengths than ever before.

Currently there are plenty of ICOs happening. More are also planned for 2019 and even 2020 still. So we should see more of these in the days to come.

But as the number of ICOs grow exponentially, the amounts raised will decrease proportionally. More projects means more division of investments. The slow increase of investments will trail behind the faster growth rate of ICOs.

Nevertheless ICOs will mature significantly. And it might even take over venture capital funding in the future.

ICOs Will Get Bigger

The call of ICOs was heard in 2017, and it greatly echoed. But this seemingly loud boom was just a blip if you compare it with other token-generated events. Cash forks and airdrops will be the widely used strategies in 2018. This will generate more interest in cryptos.

Interest in Blockchain Will Increase in the Middle East and Asia

Did you know there has been a growing interest in blockchain technology in the Middle East and Asia? Take a look at banks situated in Japan and South Korea. These financial institutions have started testing the technology. So far, the results revealed they are able to cut cost by about 30 percent in same-day international remittance transactions.

The aggressive push for blockchain technology in these regions will continue in 2018. This despite China’s 2017 ban on ICOs, which eventually led to the shut down of Bitcoin transactions.

With China’s ban, one would have thought digital currencies would suffer massive losses. But even with this great setback, Bitcoin still closed the last day of the 2017 third quarter with a big bang. It was the digital currency’s greatest bull run ever!

It seemed no one cared that China didn’t want to do anything with cryptocurrencies. And with the country out, it presented an opportunity for new players to get into the digital currency business.

The void left by China was filled by South Korea. The latter eventually became a trading hub for digital currency in the third and fourth quarter of 2017.

Cybersecurity Gets a Revamp

Ransomware is a threat to cybersecurity, digital currencies, and blockchain technology. Which is why there is a need to improve the security measures to ensure the integrity of transactions.

In 2018, we can look forward to the rise of enhanced cybersecurity tools. These security programs will focus on the current identity data systems.

There will be a massive digital transformation spearheaded by blockchain technology in 2018. The metamorphosis will take place in the form of automation, digitalization of processes, codification of complex contracts, and tokenization of physical assets.

More companies will also become motivated to shift to private blockchains. However, this will not slow down the rise of digital currencies.

The insurance and finance industries will experience a deep impact as a result of the rise of blockchain. There will likely be disruption, even to the point of threatening, from blockchain.

In addition, the insurance sector will appreciate the benefit of blockchain automation in its processes.

The technology will prove useful in claims processing, subrogation, and other complex processes.

More on the Unpredictable Nature of Blockchain, Cryptos, and Financial Tech

The year 2017 was unpredictable. For 2018, this trend will continue. Blockchain, cryptos, and financial technology will see a lot of ups and downs. Even with the volatile nature of digital currencies, people will still want to invest in it. The hype continues, and they will tend to buy more cryptos.

In addition, there will be more potential of expansion in future markets.

However, private investors may likely exercise more caution. This is a result of digital currencies not being predominantly used as a medium of payment. Thus, cryptocurrencies may not still emerge as currency.

The year 2017 was the time of Bitcoin. Did you know the digital currency’s value represented more than 90 percent of the cryptos market? The value of Ethereum followed due to the large backing from developers. However, the digital currency still had lower trade volumes compared to Bitcoin.

But by the second quarter of 2017, it began to change. There was a “killer app” that helped reshape the generation of tokens. The ERC-20 smart contract revolutionized ICOs. In effect, this changed the whole story of Ethereum. The digital currency gained traction in the later part of 2017.

To participate in many ICOs, one would need Ether. Thus, the demand for Ether grew. This also increased the ability to create new blockchains. The surge of Ether chipped away Bitcoin’s supremacy in the cryptocurrency world. Bitcoin, however, was able to reverse the economic decline.

Bitcoin steadily regained its dominance by the end of 2017. But not to discount Ethereum as December was its best month. This is hugely due to the ICO boom, which helped drive Ethereum’s bid for cryptos supremacy.

For 2018, we can expect for diversity in the cryptos industry.

2017 was a strong year for Ethereum. 2018 is even more promising for the digital currency. With its aggressive growth last year, we can expect Ethereum to push more; even to the point of setting new all-time records.

Ethereum owed it to ICOs, which increased its demand. But it’s not the only factor for its growth. CryptoKitties also brought a whirlwind in December, which contributed to Ethereum’s magic year.

The digital collectibles application also helped Ethereum break all-time transaction records. And with the upgrades on the application, Ethereum almost reached double the volumes it gained a few months before that.

Not Your Typical Investment Bubble

Are digital currencies in a bubble? Will potential investors worry about losing money in the cryptos market? Will Bitcoin go the same route as other investment bubbles?

Bitcoin had a super run in 2017. Its dominance reflected on having returns reaching 1,278 percent. It is the largest digital currency in the cryptos market. Yet despite its huge mainstream attention, people are still split in opinion. Close to 40 percent say the biggest cryptocurrency is an investment bubble while 11 percent were neutral.

But people against the speculative bubble contention have a point. They assert that Bitcoin made it this far without the backing from Wall Street or any major financial institution. Thus, digital currency is not your typical investment bubble.

Determination on the Settlement of Disputes Arising from Smart Contracts

Smart contracts are a curious case. It’s true that they are very powerful tools. They facilitate the automation of business processes. But what would happen if disputes arise in the enforcement of its provisions? How and where would the offended party go to seek relief?

Parties in conventional contracts generally go to the courts to settle disputes arising from its provisions. But these adjudicatory bodies cannot handle matters governed by smart contracts. Being a decentralized device, regular courts have no authority to render judgment on matters relating to smart contracts.

Most smart contracts also cross geographic borders. Thus, there may be conflict as to what the applicable law is. Another matter is that of jurisdictional issues that may arise.

So what do parties do in case of smart contract disputes? Participants in smart contracts and blockchain networks usually agree to be bound by regulations. In case of differing opinions, they resort to voting.

However, it is not yet clear as to how contractual disputes shall be settled. Smart contract participants say this is one important matter that needs to be addressed in 2018.

Blockchain is more than just a shared database technology. Tokenization is the game-changing evolution for these transparent ledgers.

In tokenization, participants use tokens, or coins, to represent a particular asset as it moves through the supply chain. This way, it’s easy to track the item. With this new system in place, a single item can never be in two locations at once.

Artificial intelligence (AI) is the machine’s capacity to exhibit functions beyond its programmed algorithm. It’s learning how to learn. This is a long-standing quest, which can finally be attained. How? With blockchain.

Did you know blockchain has the potential to implement AI programs?

Machines require big data to facilitate AI implementation. But this hasn’t been feasible in the past. Blockchain is today’s game-changer. The shared database provides a safe and secure environment for the exchange of large data.

2018 holds a great deal of promise and opportunities in blockchain, cryptos, and financial technology. These advances can lead to wonderful innovations, which can benefit several spheres of our day-to-day life.

With many industries experimenting on the technology, blockchain continuously finds new potential uses. Which is why 2018 is a very exciting time in the overall tech world.

Blockchain is an exciting implement. The possibilities are nothing short of fascinating. As we move forward, we can expect to see more applications and uses with blockchain. Not just in the tech realm but also in the real world.